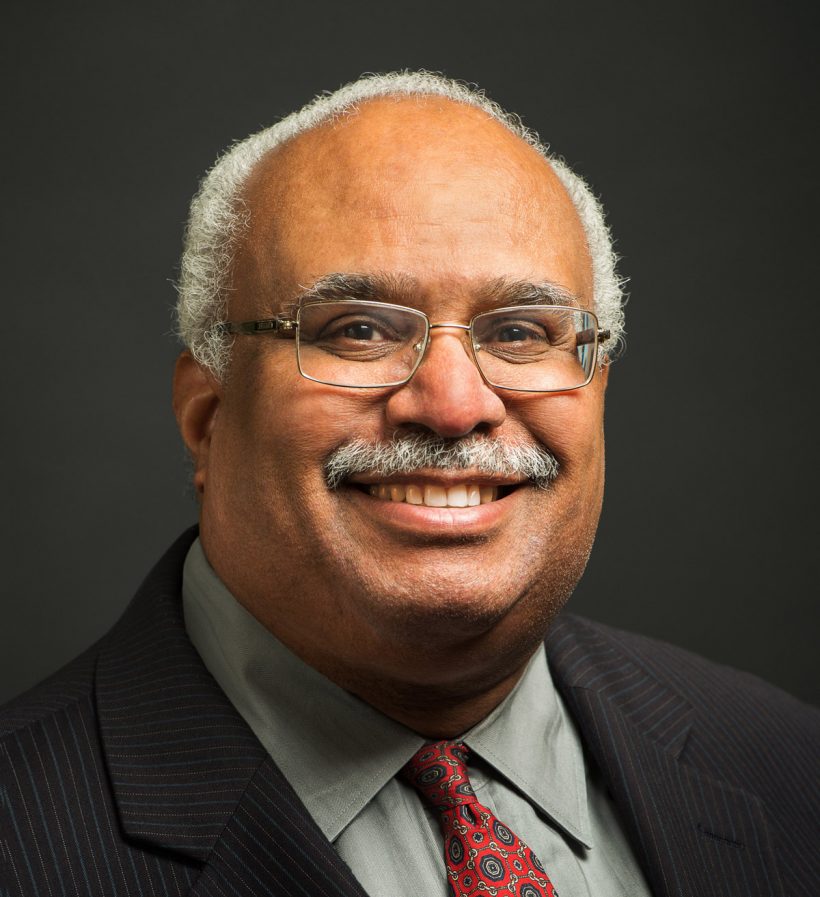 “EDF is laser-focused on practical solutions that directly impact the environment and human health.”

As one of our nation’s most influential public health leaders, Dr. Georges Benjamin has a deep understanding of the connection between environmental and human health. “Climate change is the greatest threat to human health we’ve ever seen,” says Georges, who is the executive director of the American Public Health Association.

“We are accelerating climate change due to our own recklessness — our reluctance to take bold action on climate,” he argues. He is passionate about ensuring a safer and cleaner environment, particularly for people of color, who have long been disproportionately affected by environmental damages.

It is this passion and his belief in EDF’s leadership and long track record of success that drove Georges to become a member of EDF’s Board of Trustees in 2020.

Georges’ lifetime of experience in crisis management has shown him that even in our darkest moments, hope persists. Though we still face barriers in ensuring critical environmental progress, he is starting to see a light at the end of the tunnel. “There’s hope in the air, and you can see it everywhere.” 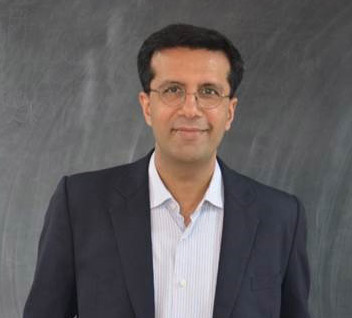 “I appreciate the quality of EDF’s work around the world, and the experience the EDF team brings to each project.”

Ashish Dhawan recognizes that a well-functioning, robust environment is critical for a healthy society and a healthy world.

“New Delhi, the city I call home, is the most fantastic city in the winter,” Ashish says. But he’s seen air pollution become a significant health threat that makes it difficult for people to spend time outside.

“Air pollution contributes to so many premature deaths, significantly hampers quality of life and causes such tremendous economic loss.”

Ashish is happy that EDF is expanding in India. He sees this as India’s time to grow and become a developed country. He also recognizes that the environmental challenges for India and for the world have never been more complex and will require pragmatic solutions that balance economic growth and environmental protection.

“EDF’s non-traditional approach to providing solutions for complex climate change problems is unique,” he says. “Hopefully, together we are able to inspire more people in India to work toward this critical issue.” 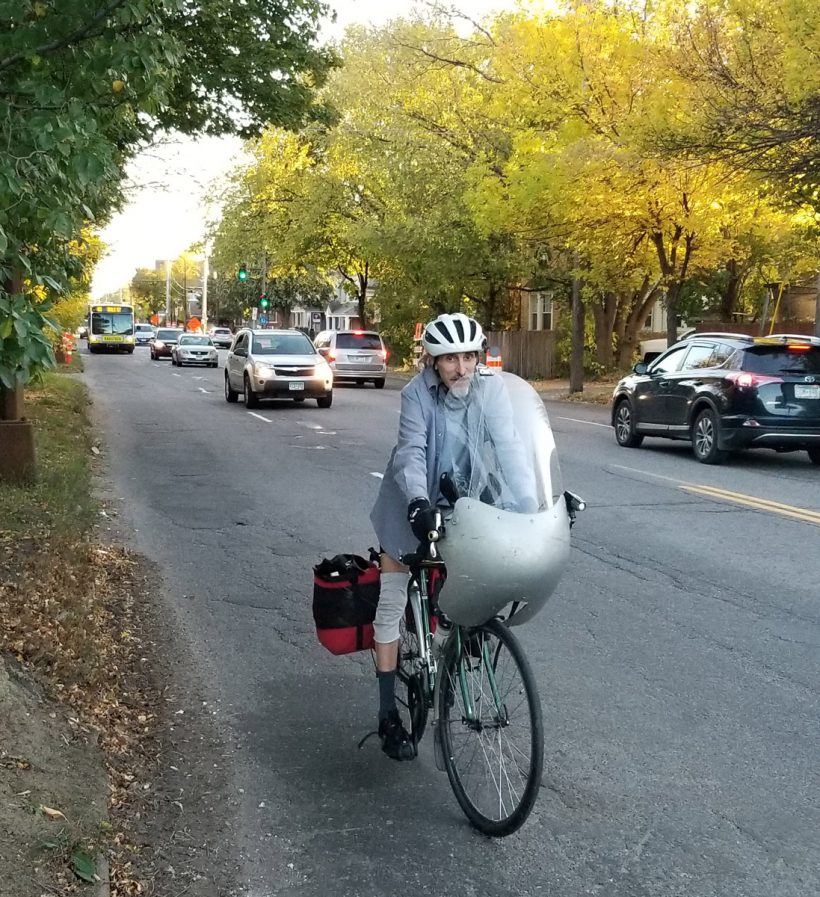 Living lightly on the Earth

“I want my legacy to reflect my concern for the environment and humanity.”

Paul Epton is a familiar sight around Minneapolis. He rides his bike throughout the year — even in the depths of the Minnesota winter — as he has for more than 40 years.

“I believe every little bit helps,” he says. “When people see some 70-year-old guy riding in zero degrees, it may convince them it’s possible for them too.”

Riding his bike is one of the many things Paul does to put into action his philosophy of living lightly on the Earth. He learned it from his mom, and he has been taking steps to reduce his impact on the planet ever since.

Paul is a long-time member of EDF, and he joined the Osprey Legacy Society by including EDF in his will because he respects EDF’s science-based approach to environmentalism.

“Be an example to people by living your values every day,” he says. “Think about what is important to you today and after you’re gone. Whatever those priorities are — whether it’s friends, family or causes — support them wholeheartedly in whatever way you can.” 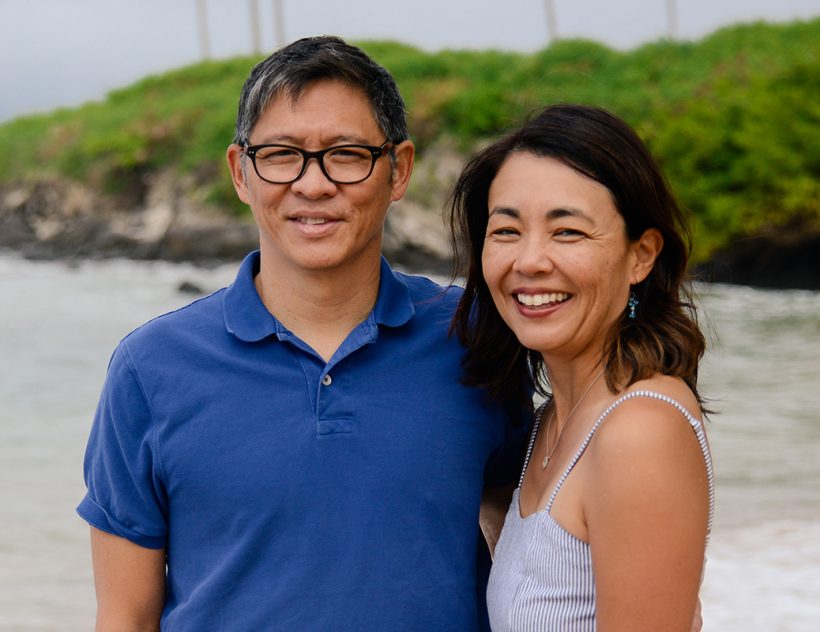 “We want our children to inherit a world that is healthy and sustainable.”

Having spent so much of their lives in nature, Lisa Guerra and Chuck Kung have observed the way climate change is altering our landscapes and oceans. “Growing up in Hawai’i, I have fond memories of snorkeling with my family,” Lisa recalls. “I’ve witnessed the dramatic decline in healthy coral reefs and their colorful, diverse marine life.”

Time is of the essence, and the California couple understands that the U.S. and the rest of the world need to take bold and immediate steps to achieve net zero emissions. They are supporting EDF’s work in North America, helping build climate leadership at all levels of government so the region can model strong climate policies and strategies that others can adopt.

EDF’s commitment to science, data and collaboration resonates with Lisa and Chuck. “We support EDF because it works in close partnership with governments, industries and communities to put in place the lasting solutions we need.”

Lisa and Chuck believe governments and industry must play a leading role in reducing emissions, but they are also working to reduce their own family’s footprint. “The challenge is big, but we can all make a difference in combating climate change and getting to net zero emissions.” 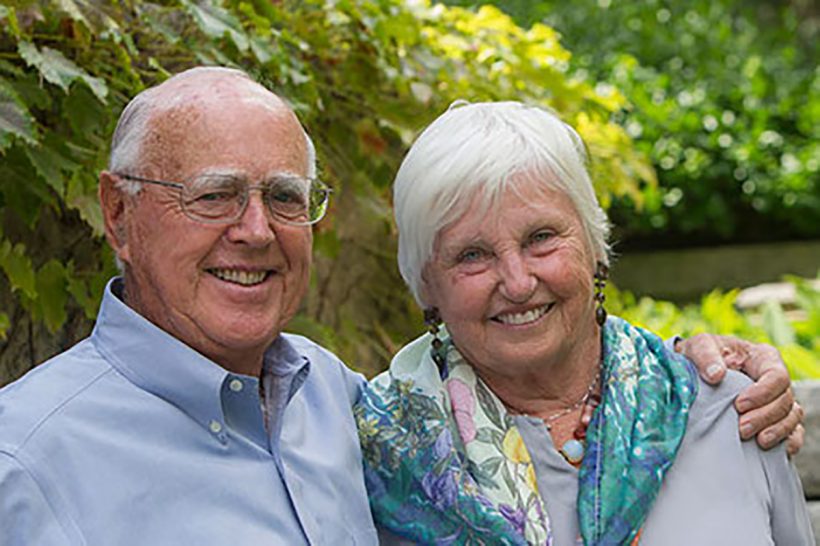 “A grant to EDF is the best thing we could do to combat climate change right now, especially given how fast the clock is ticking.”

One of the pillars of King Philanthropies’ strategy is to make grants that turn data into action at the intersection of climate change and poverty. Their recent transformative grant to EDF will support MethaneSAT and other initiatives, including low-cost air quality sensors in India and nature-based climate solutions.

“This grant will significantly reduce climate warming and make a meaningful difference in the lives of millions of people in extreme poverty — at a cost of less than $1 per person,” Kim says.

Kim is impressed by the EDF team. “They are world-class and have a long track record of achieving results. What an honor and a privilege to work alongside these amazing leaders and experts!” 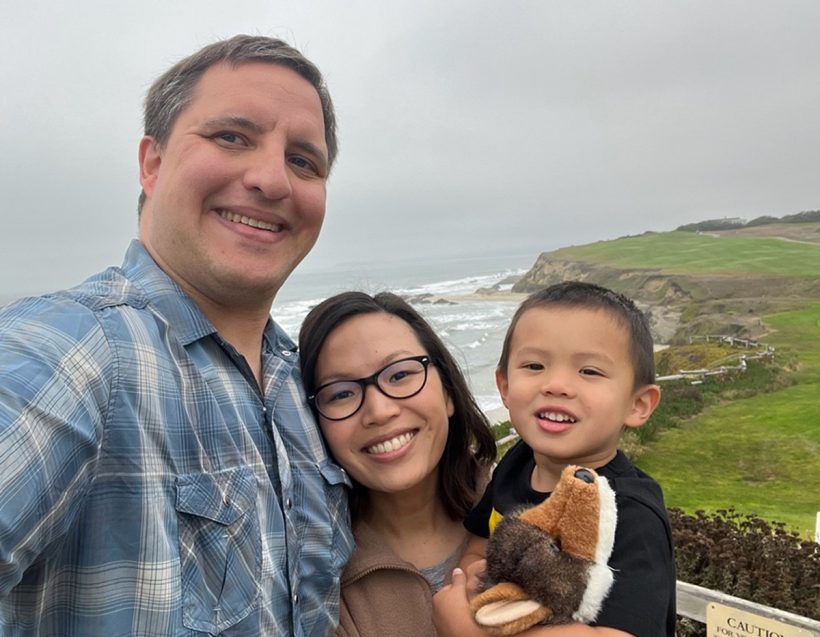 “It’s admirable that EDF is devoted to finding solutions to existential problems.”

Californians Conrad Shultz and Maia Hoover want more people to focus on the environment. “So many of the problems we see today are caused directly or indirectly by environmental challenges,” says Conrad. Maia adds, “And climate change exacerbates them, whether it is inequality or other social issues.”

The couple says the reminders of climate change are all around them — wildfires, droughts and sea level rise — but they are optimistic for the future. “It’s not too late,” Conrad says. “Look how fast the price to produce wind and solar has plummeted and think about the technologies that haven’t even been imagined yet.”

EDF’s practical approach to solving problems has always stood out to them, and Conrad and Maia worked with their employer to match their donations of stock. They say, “Being able to donate stock directly to EDF and get it matched is a great way to increase the impact of our gift.”

They believe taking pragmatic steps today will make the world a better place for their preschool-aged son. “Human ingenuity is what gives me the most hope,” Maia says. “We are creative and resourceful, and technology continues to advance.”